Posted on January 17, 2020 by DJ (@MyLifeMyBooksMyEscape)

Happy Friday, All! I hope everyone has been enjoying the mini-interview this year! It is bittersweet for me to inform you that this post will conclude the Boskone 57 mini-interview series. No need to fret too long though! Because we are also less than a month away from Boskone 57! And to kick off this final set are Martha Wells, Erwin S (Filthy Pierre) Strauss, and Laurence Raphael Brothers!

Look forward to seeing everyone next month! 🙂 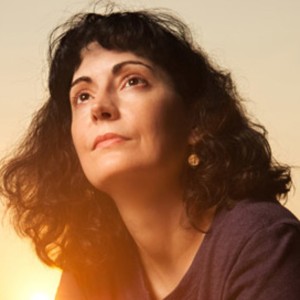 Martha Wells has written many fantasy novels, including The Books of the Raksura series (beginning with The Cloud Roads), the Ile-Rien series (including The Death of the Necromancer) as well as YA fantasy novels, short stories, media tie-ins (for Star Wars and Stargate: Atlantis), and non-fiction. Her most recent fantasy novel is The Harbors of the Sun in 2017, the final novel in The Books of the Raksura series. She has a new series, The Murderbot Diaries, published by Tor.com, with a new Murderbot novel appearing in April 2020. She was also the lead writer for the story team of Magic: the Gathering’s Dominaria expansion in 2018. She has won a Nebula Award, two Hugo Awards, an ALA/YALSA Alex Award, two Locus Awards, and her work has appeared on the Philip K. Dick Award ballot, the BSFA Award ballot, the USA Today Bestseller List, and the New York Times Bestseller List.

I’ve only been to Boston once before, for the Boston WorldCon, and really enjoyed it. So I was glad for a chance to come back this year for Boskone.

What was your first book event or literary convention? Tell us about it! Perhaps you even have a photo to share?

The first convention I ever attended was ArmadilloCon 4, in 1982, when I was still in high school. I managed to talk my parents into taking me and a friend to Austin for the convention. It was a tiny convention at that point, held in a small motor hotel, and George Alec Effinger and George R.R. Martin were the guests of honor.

I have a new novel coming out in April, Network Effect, a Murderbot novel that will be a sequel to the novella series. It’s published by Tor.com 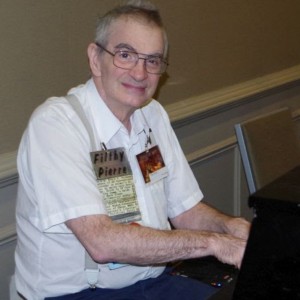 Erwin S (Filthy Pierre) Strauss got into fandom and filking at MIT in the mid-1960s. He caused a stir there by publishing the MIT SF Society’s collection of underground campus songs. He’s gone on to be a fixture at East Coast cons, playing the piano at group-style filksings. In the mid-1970s, he started publishing a newsletter of SF convention listings, and continues that as a column in Isaac Asimov’s Science Fiction Magazine. Also in the 1970s, he published the Microfilk, a compendium of every filksong he could get his hands on, in teeny, tiny type. It’s available free in electronic form (so you can blow it up to where it’s actually readable!). He produced his pastiche “The Enchanted Duplicator — The Musical,” based on the classic fannish story of the same name, on the stage at the Dublin WorldCon in 2019 (video available). He can be recognized by his iridescent “Filthy Pierre” badge and his mouth-powered organ.

This time, I’m looking forward to screening the video of the performance of my musical play, “The Enchanted Duplicator — The Musical” as performed at the Dublin WorldCon in2019.

Filkers: Listeners often know your most popular music. Which of your other, less well-known songs, affects you deeply? What is it about that song that speaks to your creative spirit?

“That’s Science Fiction” (to the tune of “That’s Entertainment”) is a particular fave. It’s the opening number in my musical play “The Enchanted Duplicator — The Musical.” It includes the nine-way rhyme “The CREW, in a STEW ’cause a FEW fuses BLEW, is pulled THROUGH by a TRUE hero WHO quickly KNEW what to DO…”

What was your first book event or literary convention? Tell us about it! Perhaps you even have a photo to share?

My first con was PhilCon 1965. I remember sleeping on Harriet Kolchak’s floor, with her cats crawling all over us. I don’t remember many specifics about the program; just that I had a great time, and wanted to go to more cons.

The stepping disks from Larry Niven’s Known Universe series — they would simplify the process of getting to and from cons so much! 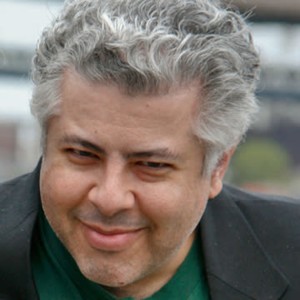 Laurence Raphael Brothers is a writer and technologist with five patents and a background in AI and Internet R&D. He has published over 25 short stories in such magazines as Nature, PodCastle, and Galaxy’s Edge. His WWI-era historical fantasy novel “Twilight Patrol” was just published by Alban Lake, and his noir urban fantasy novella “The Demons of Wall Street” will appear in 2020 from Mirror World. “City of Magic and Desire”, a sexy gothic novella set in 17th century Prague will be published later in the year by World Castle.

I’m hoping to participate in panels on literature and technology topics. On the literature side, I’m especially interested in style, setting, character and emotion. As a techie I love talking about speculative technology within a realistic framework of what is plausibly possible.

Bonus: Up for a challenge? Give us a haiku or limerick about Boskone!

When I was little, my local library had their SF section mixed in with children’s books for some reason. And so I started reading SF classics very young. Of all those early reads, I think Andre Norton’s work resonated most strongly for me. If I had to choose one book, I think it would be her novel “The Zero Stone”, read at age 7 or 8.

I have two novellas scheduled, and I’m excited about both of them.

“The Demons of Wall Street” is a romantic noir urban fantasy coming out from Mirror World Publishing in the spring. This novella, first in a series (sequel already written!), is a Nick-and-Nora-style mix of humorous and serious elements. The detective, Nora Simeon, is on assignment from the Commission, the secret council that governs sorcery in the New York City finance industry. Along the way she hooks up with an inhumanly beautiful partner who calls himself Eyre, and they bring to light a conspiracy of illicit demon-summoning, slavery, and murder.

“City of Magic and Desire” is a sexy gothic historical fantasy, also a series-starter, coming out from World Castle Publishing later in the year. This novella is set in a 17th century Prague in which a century-long Habsburg war with the Turks has been supported by sorcery on both sides after the fall of Vienna and the subsequent establishment of Prague as the new capital. Features alternating POVs of Franz Theophrastus, the much put-upon son of Prague’s leading sorcerer, and Nehemoth, an incubus/succubus summoned to harden Franz against the lures of love.

Resisting the urge to call on some item that conveys apotheosis or other really overwhelmingly powerful abilities, I think I’d have to go for the Lens from Doc Smith’s early “Lensman” space opera series, and not just because Boskone are the bad guys in the books. The artifact conveys superficial telepathic powers and also acts as a universal translator, but more importantly, it’s a vehicle for a form of personal transcendence that I find very appealing.

An alternative would be a set of trumps from Zelazny’s Amber series, because the fact that they work perfectly for me would imply that I could perhaps walk the Pattern and gain similar powers to the lords of Amber, which includes the ability to walk to any desired world. And what could a SFF author desire more than that particular power?

DJ is a year 4 medical student in his clinical rotations, who enjoys consuming copious amounts of caffeine and coffee, and being sleep deprived :)
View all posts by DJ (@MyLifeMyBooksMyEscape) →
This entry was posted in Boskone 57, Mini Interviews. Bookmark the permalink.