Posted on December 31, 2019 by DJ (@MyLifeMyBooksMyEscape)

What better way to end of 2019 and start 2020 than with another set of Boskone 57! Today we are interviewing Trisha J. Wooldridge, Dr. Tom Easton, and Gregory A. Wilson!

And remember! Be safe out there tonight! 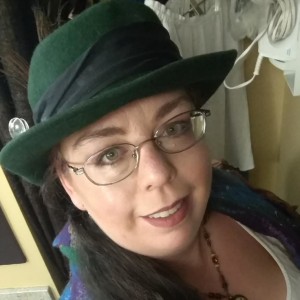 Trisha J. Wooldridge writes grown-up horror, dark fantasy, SF, and weird short stories and poetry—some even winning awards! Her publications include stories and poems in all of the New England Horror Writer anthologies, Gothic Fantasy Supernatural Horror, The HWA Poetry Showcase Volume 5 and Volume 6, Nothing’s Sacred Volume 4, the Pseudopod podcast, Wicked Weird, and The Book of Twisted Shadows. As child-friendly T.J. Wooldridge, she’s published three spooky kids’ novels, poetry in The Jimmy Fund charity anthology Now I Lay Me Down To Sleep, and will be in the upcoming New Scary Stories to Tell in the Dark (HarperCollins 2020). Under her business, A Novel Friend, she’s edited over sixty novels for a variety of publishers and independent authors, six anthologies, is editing the next New England Horror Writers anthology Wicked Women, and she works with independent bookstores on publicity and events. She’s a member of SCBWI, SFPA, HWA, New England Horror Writers, New England Speculative Writers, and Broad Universe. Join her adventures at http://www.anovelfriend.com.

Boskone is a convention with a good mix of intellectual and fun panels. There’s also a diverse attendance of pros, guests, and vendors, which is something I strongly support. I’ve found so many authors and artists I hadn’t known before and now am a fan of; I’ve had the most amazing and enlightening conversations on panels and in social settings; and I feel very welcomed at the convention on all levels: concomm, fellow vendors and panelists, and attendees.

I had an absolute blast on a panel talking about being neuroatypical and a creator at Boskone last year, so I hope I get to be on that panel again. Even if I’m not on it, I want to attend it because I learned so much and felt supported and “seen.” I also have had awesome workshops with people when I teach Tarot and Writing or Self-Editing. I haven’t made it to as many of the growing horror and dark fantasy panels as I would have liked in prior Boskones, but I’m hoping to hit them this year because I’ve heard excellent things from my friends who have attended or paneled for them. Also, I always learn something new or find a new authors to follow on the various panels that cover underrepresented demographics.

Bonus: Up for a challenge? Give us a haiku or limerick about Boskone!

The first thing that I remember being definitively science-fiction that changed me for the better was Joanna Russ’s THE ADVENTURES OF ALYX. I’m pretty sure we picked it up at a yard sale, where i got most of my books, and I probably read it while I was still in elementary school. It was different than anything I’d ever read and had a kick-ass female lead that was fighting against things I could find similarities too in my life–before I even knew there was a thing as “feminism.” I knew stuff was unfair for girls in a lot of ways, and this was a character doing more than rebelling on a school level. While I normally skew toward fantasy and horror, this book was the first overtly speculative thing I can remember reading.

I have a lot I’m excited for in 2020! While I’m at Boskone, I’ll be in the throes of reading submissions for WICKED WOMEN, the next anthology from the New England Horror Writers, and getting art and poetry ready for the 2020 Blackstone Valley Art-Poetry show. Of course I’ll be reminding attendees to submit, and if anyone is near or will be passing through Central Massachusetts after Boskone, I’ll have art and poetry in a variety of libraries and stores. Later that year, NEW SCARY STORIES TO TELL IN THE DARK will be coming out, and I am beyond thrilled and honored to be part of that! As for still-in-progress stuff, I am shopping around one middle grade novel called THE CIRCUS UNDER THE BED, and will be finishing two other adult novels–a paranormal adventure thing and a dark high fantasy thing. Hopefully I’ll have more details on those at Boskone, too.

I need a TARDIS. Like, REALLY need one. I mean, probably everybody does…except, boy-hooey, that could be a disaster. But I would totally be a responsible TARDIS owner and just use it to get all the things done I want to do, write all the books and poems, get out to the barn and play with my horse and the chickens more often…and then stop time and catch up on my sleep. Totally boring, non-world-breaking things. If David Tennant or Jodie Whitaker want to come by and borrow it for actual universe-saving stuff, that’s cool too. 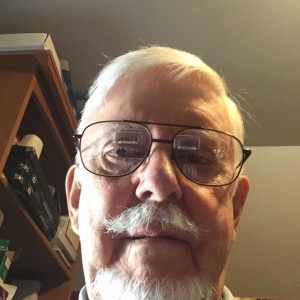 Tom Easton is a member of the Science Fiction and Fantasy Writers of America, a well-known science fiction critic (he wrote the SF magazine Analog’s book review column for 30 years), and a retired college professor. He holds a doctorate in theoretical biology from the University of Chicago. He writes textbooks for McGraw-Hill on Science, Technology, & Society and Environmental Science. He started publishing science fiction in the 1970s, and since then he has published about sixty science fiction and fantasy short stories, ten SF novels, and several anthologies, of which the latest, coedited with James D. MacDonald and Judith K. Dial, is Horror for the Throne (Fantastic Books, 2020).

I’ve been coming to Boskone since about 1980. I had reached a point in my writing career when cons made sense, and Boskone was the closest. It was also be best!

If you could be a fly on the wall during any scene or event in literature of film, which scene would it be and why?

In the movie TROY, a view down an alley shows livestock being taken to shelter. Among the hers are llamas.I would love to witness the chewing out the director gave–or should have given–the flunky who was told to “get us some livestock.”

With coeditors James D. MacDonald and Judith K. Dial, I just handed in to Ian Randall Strock’s Fantasic Books HORROR FOR THE THRONE: ONE SITTING READS. We’re hoping for a Boskone launch.

Later in the year, look for DESTINIES: ISSUES TO SHAPE OUR FUTURE, a collection of short essays from B Cubed Press. 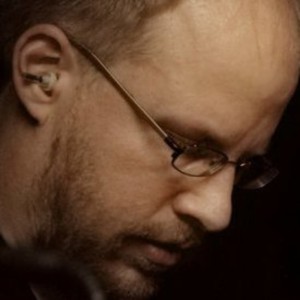 Gregory A. Wilson is Professor of English at St. John’s University in New York City, where he teaches creative writing, speculative fiction, and various other courses in literature. In addition to academic work, he is the author of the epic fantasy The Third Sign, the graphic novel Icarus, the dark fantasy Grayshade, and the D&D adventure/sourcebook Tales and Tomes from the Forbidden Library. He also has short stories in a number of anthologies, and has several projects forthcoming in 2020. He co-hosts the critically acclaimed Speculate! The Podcast for Writers, Readers, and Fans (speculatesf.com) podcast, is a member of the Gen Con Writers’ Symposium and other author groups, and is regularly invited to conferences nationally and internationally. Finally, under the moniker Arvan Eleron, he is the host of a successful Twitch channel focused on story and narrative, with several sponsored TTRPG campaigns. He lives with his family in Riverdale, NY. His virtual home is gregoryawilson.com.

I’m really interested in talking about both the art and craft of speculative fiction, particularly in the ways the field is shifting over the past twenty years. I’m also increasingly interested in other forms of narrative, including those represented in games and tabletop role-playing systems; I run a number of TTRPG campaigns on my Twitch channel, and I find the intersection of narrative, gaming, and live streaming–sort of a collaborative storytelling–to be fascinating.

Authors: Fans often ask authors to talk about their favorite main characters, but what about the side characters? Who is one of your favorite sidekicks or secondary/tertiary characters who have had a lesser role in your work?

There’s no question that Rig, the solar (kind of a large, lava-resistant dog with two tails) in my graphic novel series The Longest Fall, is somewhat of a fan favorite with my readers. I originally imagined him as kind of a sidekick character for Jellinek, one of the main characters in those books, but as time has gone on I’ve come to see him as more of a main character, whose presence has an enormous impact on everyone within the book and who has his own will and experience. As he does within the narrative, becoming more of a part of the story, so he has become more a part of my conception for the series over time. (And if anything serious happens to him as the series continues, I already know I’m going to have a lot to answer for. People always root for animals, even two-tailed lava resistant ones!)

I know it’s cliched, but it’s also the truth: J.R.R. Tolkien, and specifically The Hobbit and The Lord of the Rings, really fired my imagination as a kid, both through their characters and the prose. I had an old dog-eared copy of The Hobbit from my father, who had marked it with his own reactions in the margins (when we first meet Gollum: “DON’T TRUST HIM!” my father wrote in the margin), and reading it was almost like reading along with him. I even had an NPR audio version on tape which I would listen to over and over again, especially on winter nights when the storm was howling outside the house. I fell in love with the genre because of those books, and I’ve loved speculative fiction ever since.

The glaive, from Krull, because that was the coolest freaking thing in the world when I was ten years old. And it worked against evil…so considering some of the bullying I went through, I could have imagined its usefulness. 😀

DJ is a year 3 medical student in his clinical rotations, who in his spare time, loves to interview authors about all the books that he has no time to read :)
View all posts by DJ (@MyLifeMyBooksMyEscape) →
This entry was posted in Boskone 57, Mini Interviews. Bookmark the permalink.