Happy New Year from Boskone! Today we bring you two new mini interviews that are sure to put a smile on your face and kick off 2016 with a bang. Please welcome Esther Friesner and Grady Hendrix to the Boskone Blog. I think you’re really going to enjoy these two interviews.

Also, a quick note that Boskone’s pre-convention membership prices go up on January 19, 2016. So, please don’t delay! Get your memberships now while you can still take advantage of the lower price.

Nebula Award winner Esther Friesner is the author of over 40 novels and almost 200 short stories. Educated at Vassar College and Yale University, where she received a Ph.D. in Spanish, she is also a poet, a playwright, and the editor of several anthologies. The best known of these is the Chicks in Chainmail series that she created and edits for Baen Books. The sixth book, Chicks and Balances, appeared in July 2015. Deception’s Pawn, the latest title in her popular Princesses of Myth series of young adult novels from Random House, was published in April 2015. Esther is married, a mother of two, grandmother of one, harbors cats, and lives in Connecticut. She has a fondness for bittersweet chocolate, graphic novels, manga, travel, and jewelry. There is no truth to the rumor that her family motto is “Oooooh, SHINY!”

What are you looking forward to at Boskone?

The thing I enjoy most about Boskone is the sense of camaraderie, being with so many people ready and willing to have interesting, fun conversations about just about anything. 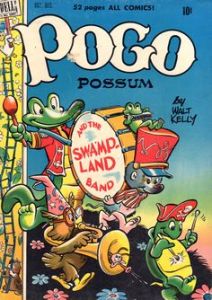 I’ve had several “defining moments” in my life. Setting aside the important family-related ones, almost all of these have to do with stories. When I was little, my father’s idea of great bedtime story material was Walt Kelly’s POGO comics. That’s where I learned that language is a playground and that humor can talk about some extremely serious subjects, including extreme censorship (this from the McCarthy era strips where one character opined that there’s nothing quite so pretty as the sight of a brightly burning book). My mother filled long car rides by telling me stories from American literature, like “The Legend of Sleepy Hollow.” I kept begging for more until she finally said, “Learn to read and you can have all the stories you want!” Both of them were right and I am so grateful!

Right now I’m trying to get back to publishing more short stories while at the same time thinking deep and dangerous thoughts about doing something new as far as novel-writing goes. The latter is still in the think-it-through stage, which is both exciting and challenging since even I don’t know how it will all turn out, happy-ending-wise. It’s rather like riding one of those scary-huge roller coasters, but as long as I find joy and satisfaction in all parts of the writing process (and I do), it’s going to be a great ride!

What is your favorite Star Wars memory, scene, or line? What is it that that memory, scene or line that continues to stick with you today?

Much as I love the original Star Wars film, I’m going to be a rebel and say that my favorite Star Wars memory is the Phineas and Ferb: Star Wars special. And okay, putting the Adulting Hat back on for a second, I must think back to seeing Star Wars in the theater and beholding the opening chase scene where the Bad Guys’ ship just keeps going and going and going and GOING. That was pretty much when I knew it was going to be awesome.

Grady Hendrix is the author of the novel Horrorstör, about a haunted IKEA. It’s been translated into 14 languages and is being adapted into a TV series by Gail Berman and Charlie Kaufman. He is the screenwriter for the upcoming movie, Satanic Panic, and his new novel, My Best Friend’s Exorcism, will be published in May, 2016.

What are you looking forward to at Boskone?

I’ve never been to Boskone before, so I’m really hoping that no one stabs me, locks me in a closet, sets my luggage on fire, or tells me it’s a “clothing optional” party and then I show up and everyone is fully clothed except me.

I just wrapped up my new novel, My Best Friend’s Exorcism, which comes out in May, 2016 from Quirk Books. It’s all about friendship, high school, demons from Hell, tapeworms, bodybuilders, possession, exorcism, and the Eighties. They say “Write what you know,” and I had to dig deep for this one. Except for the tapeworms, it’s all based on my high school experience, which is a bit uncomfortable.

If you could recommend a book to your teenage-self, what book would you recommend? Why did you pick that book?

The Physician’s Desk Reference. We all would have made so many better decisions about what we were ingesting, if we’d had one of these back then.

What is your favorite Star Wars memory, scene, or line? What is it that that memory, scene or line that continues to stick with you today?

My older sister saw Star Wars way before I did, and so I had to rely on her blow-by-blow of the movie which revolved entirely around the trash compactor scene for some strange reason. So for about six weeks I thought it was a movie about a long, hairy monster that lived in garbage on a Death Star full of garbage, and it had to protect itself from people who wanted to steal its garbage.

<In honor of Grady’s trash compactor Star Wars memory, here’s a little something you guys might enjoy! …and if you are one of the five people in fandom who haven’t yet seen any of the Star Wars movies, this video clip might be a spoiler. *grin*>

This entry was posted in Boskone 53, Mini Interviews. Bookmark the permalink.